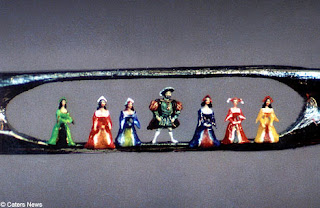 So, after the excitement of last week here is the lowdown on that debate I went to last week.

Held in the Old Cinema at the University of Westminster to a packed house, the panel consisted of:

JES BENSTOCK
Director 'The British Guide to Showing Off'

Everyone introduced themselves and we were treated to trailers of their films all of which were impressive by virtue of being microbudget productions with high production values.

What came over, aside from dedication to indie filmmaking was the discipline enforced by working within a tight budget and the realisation that good filmmaking doesn't necessarily need loads of money thrown at it. Everything filmed was on DV except 'The British Guide to Showing Off' which was shot on film stock as it was a record going back years of the Alternative Miss World shows.

Preparation is, of course, everything and doubly so on a shoot with a restricted budget. Interestingly 'Extraordinary Rendition' was entirely improvised with limited rehearsal time yet the principal actors were so immersed in the role because they were sympathetic to the film's subject matter. The same seemed true to the bodies willing to fund the film at a time when rendition is a hot topic.

Horror film 'Mum and Dad' made great use of interiors and an unusual setting at the end of a runway. 'Shifty' even has Francesca Annis as a crack-smoking grandma! Indie films seem to bring out a more experimental side to established actors. They seem willing to play against type more than perhaps they would in a Hollywood film and generally, given the nature of the microbudget shoot, filming is not such a huge commitment.

'Extraordinary Rendition' was not produced under the Microbudget scheme but was included in the debate nonetheless. Proof positive that it's getting easier to get your film made even if funds are restricted. This seems to me entirely the way to go. The British Film Industry cannot compete with Hollywood nor should it try. Hollywood can afford for some of their slate to bomb, they've always got the next 'Pirates of the Caribbean: At Franchises' End' (God help us) to keep them going.

All in all, a very positive evening that defined for me, at least, that the barriers have fallen for quality filmmaking that can be both commercial and cutting edge.
Posted by Elinor at 04:21

Glad you found the debate useful - I've got a blog about filmmaking, which details the whole production process - www.adventuresinuncinema.blogspot.com - if you look in the archives the shoot starts in April 2007. I tried to make it as honest an account as possible. Good luck with your work.
cheers
steven sheil

Why Steven, thank you for stopping by!

I'll link to your blog.