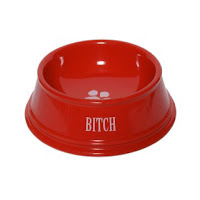 I am on page 49 of a drastically pared-down draft of Just Desserts which is now a lesbian cannibal comedy. I'd like to point out that this is an equal opportunity lesbian cannibal comedy with a good deal of heterosexual slaughter. I can't believe I just wrote that. Aside from ratcheting up a few hits on the stat counter, quite what such genre blending will do, I'm not quite sure. I'm working from and amending as I go, a beat sheet which still operates under the Chris Soth method. And it works! In the sense that I'm not wading through the mid-point like that Bloke in Apocalypto when he falls in quicksand.
Posted by Elinor at 08:41