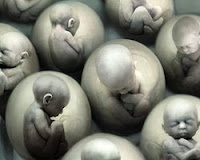 I'm waiting on the voice tracks for Justin Hustlin so am actually doing some writing. It's a short film with a view to being directed in August. The lovely Director, having received my idea two weeks ago went suspiciously quiet. Too late, as I am writing the damn thing. He got in touch today to say he really isn't sure about the idea but I have hopefully reassured him. The script will change as we go on. I think he was nervous about giving me feedback, which is a shame because feedback is useful, especially the negative stuff.

I remember turning in a WTF draft of my first feature while I was at college. My tutor could have told me it was rubbish but his feedback was to 'go and dream about the world you've created'.

What's the best/worst feedback you've received?
Posted by Elinor at 06:19

My partner in crime/life, whose comments hold the most weight had this feedback for me on the first draft of my most recent short:

"it's needs another few drafts" haha i laughed and then I said what bits need specific attention and she said "all of it!"

Still when I questioned further I found that she felt I was trying to do too much in such a short space of time.

I took what she was saying as I had lost focus on who my main character was.

Wow that was war and peace eh?!
Charles

tell me about it! I just had feedback on a script that described it as 'embarrassing'. As you so rightly say - ouch.

But there it is. Much better to have a solid opinion.

Did they mean the whole thing or was it in reference to a specific scenario?

Like I too would find it embarrasing open the wrong door in front of a room full of people while on a diplomatic trip?

"embarrasing" is not particularly constructive though is it?

You are right though, much better to have a solid opinion.

Tore it asunder without a care in the world. Amid the vitriol were several things I will take on board but really!

I am accustomed to the feedback of our own Ms Vee, who, it must be said, can give robust opinion but not make you feel like giving up. Thanks for your support, it's much appreciated.

I quite often find myself smarting from feedback but I always find myself coming back to my desk or jotting ideas on post its.

We keep going and it's that perseverance (coupled with an ability to learn and a lot of skill) that will serve us well if we are to succeed and sustain a career.

Dig deeper has been my most unhelpful feedback for a screenplay

I got some feedback from Planet 24 once: they said, "I think you will find that your title is not a word in the English language." Very helpful ;-)

Hi Janice, I agree, vague feedback not good at all.

Chip, what was that word? I think we should be told...