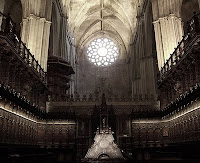 Darling ones, it's been an age.

I rewrote Penny Dreadful and sent it off to be critically mauled by a student on Lucy Vee's 'How to be a script reader' course. the critique I received was most insightful and I fully intend to steal several of my reviewer's suggestions for the next draft.

I had a lovely Sunday afternoon discussing another script and scoffing pizza. And it's due to be filmed early next year, hurrah!

Meanwhile, my political sci-fi script grows ever madder by the page and I haven't even started on the cannibal TV chef satire yet.

Phoenix Writers has started again. If you don't belong to a writers' group, find one. If you can't find one, start one! Invaluable for raising your game creatively and keeping you to deadlines. Fabulous!
Posted by Elinor at 07:34