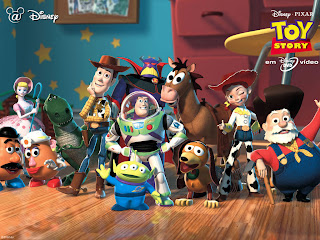 what a joy it was to find ourselves at breakfast with the very lovely Tim Clague, Jared kelly, Philippa Langley and Hilary Wright, not to say your own, your very own Lucy Vee. We all ate versions of the full English, feeling the need to fortify ourselves. The first speaker was Chris Jones who gave us a rousing 'call to adventure'. Using the Hero's Journey as his model of exhortation to us. The great thing about Chris is his boundless enthusiasm and his complete focus on his goals. Fresh from his Oscar shortlisting, Chris gave us a breathless gallop through our own potential journeys as we write, whilst maintaining all the other requirements of our lives. The point being, of course, that the script's journey from our heads to the first day of the shoot is a transformation that mirrors our own as we transform from obsessed writer to successful scribe who MAY EVEN GET PAID. Inspirational stuff! No time for whingeing (unless of course you can be very funny and splenetic at the same time). Bloody marvellous.

Next up was Doug Chamberlin who made it his mission to explode some of the Hollywood myths that abound in the UK.

MYTH NO. 1 - NOBODY KNOWS ANYTHING

This famous comment by William Goldman has become law. Doug replaced it with REALITY IS PERCEPTION.

That is to say that if you are championed by mentors already in the business, if you can market yourself, raise awareness of your work be it by collaboration, contests, query letters etc., then you can create a perception of yourself that is very positive.

MYTH NO. 2 - EVERYONE HAS FRIENDS IN HOLLYWOOD

Doug maintains it's actually ABOUT RELATIONSHIPS.

You're dealing with people not companies. Contacts will get you in but talent keeps you there. Network people!

MYTH NO. 3 - EVERYONE IS CRAZY

Doug exhorted us to think in HOLLWOOD LOGIC NOT REAL-WORLD LOGIC.

The fact is that evryone in Hollywood is scared to death in case they lose their jobs.

HOLLYWOOD LOGIC: No, send it to the studio that makes the Simpsons. If you send it to the makers of Family Guy, they won't want it because you're never going to have the inside knowledge that they do about the plot, characters etc., but the people who make the Simpsons will see it as a valuable example of your writing skills.

Real-world logic: Be rational at all times.

HOLLYWOOD LOGIC: no one minds hutzpah so long as you can back it up with talent.

Real-world logic: Be sure to let the execs know how you sweated blood over your opus.

HOLLYWOOD LOGIC: The hard work is nowhere near as inportant as the 'magic'.

HOLLYWOOD LOGIC: Be a pompous ass and toot your horn.

MYTH NO. 4 HOLLYWOOD IS LAZY

Doug stated that actually people work very hard in Hollywood but that they can afford for writers to come to them. LA is a company town and people there are easily contactable.

MYTH NO. 5 HOLLYWOOD IS PHILISTINE

Doug asserted that you the audience call the shots. It's about clarity of premise, Ideas that are easy to tell, stories that can be complex but told in simple terms.

Above all, DON'T QUIT!

Doug felt that Hollywood rules are entirely transferable to the UK market which in many ways resemble the Indie market in the US. Female writers are well-represented in the US though not so much on comedy shows. There was also some discussion on the concept of showrunning on US TV, the danger of which is long-running homogenised shows. Thereafter, my notes bacame rather incoherent. We broke for lunch and went to the rather posh HOTEL DU VIN for lunchipoos with Julian Friedmann and the team from TWELVEPOINT.COM.

Tomorrow, Ten Steps to Great Treatments. Try and contain yourselves.
Posted by Elinor at 05:03