SWF: How To Be Good, Part Two. 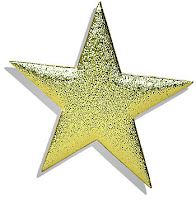 this was a very informative lecture led by the ever-enthusiatic Kate Leys and Rob Kraitt, the lecture was a follow-on from a lecture in SWF's 2008 fest but was just as good for those who hadn't attended last year.

First off a few interesting statistics:

14 million people visit the cinema each month. The best openings that make the most money are the the first week of the three school holidays.

On the basis that 'nobody knows anything' you don't actually have to know very much to know more than anyone else. If you want to get taken seriously as a writer then take the business seriously yourself. It's an art form as well as a business so you have to find a combination that works for you. You're not so much selling your work as selling yourself. It's all about the RELATIONSHIPS, people!

When you start, be pro-active, get on the mailing lists, inform yourself of what is out there. Theatre, radio, BBC writers' room, grants, UKFC, shorts, competitions etc., Plenty of ways to develop not only your creative voice but to network with others and build collaborations.

Kate then made an interesting point about how Development Hell is viewed here and in the US.

USA
Your film is optioned but never sees the light of day.

Well it doesn't have to be really (at least not from the writer's side). Meet your deadline, don't be late with material. Fit the criteria of what is asked. If they want a crisp 90 pages, don't give them 120 pages. Think of the poor reader.

DEVELOPMENT NOTES
Take notes well. They are there to identify weaknesses. If you get notes that resonate with you (even in your heart of hearts) you know it's got to change.

Bad notes are vague and answer a question that hasn't been asked. We've all had them I'm sure. But again we're back to relationships. There's nothing wrong with asking for clarification if you don't understand notes.

Kate said not to follow the money for there is none, my children!

FILM 4, WORKING TITLE, BBC and UKFC, thereafter the regional screen agencies and remember, if someone pays you for your script, it's not yours, it's theirs.

Write all the time, get a slate of projects together. Sort out the structure of your writing.

Network, form those RELATIONSHIPS. Find your allies and possible champions. Avoid the tossers. Talk is cheap.

Easy to get burnt out so be good and be clever. Keep grafting.
Posted by Elinor at 06:25