Breakfast with the TV Commissioners at Bafta 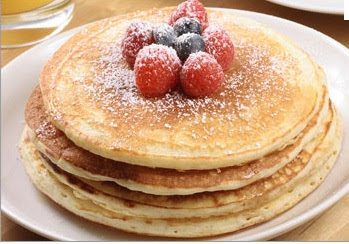 much coffee was drunk and pastries scoffed at this packed event where we met with TV's finest!

'Your chance to hear from a range of major drama commissioners about what they’re looking for in 2012/13, this strand complements our TV Controller breakfasts, getting to grips with specific genres.

The last year has been a bumper year for British drama. BBC One's Call the Midwife was not just a runaway Sunday night hit – but the channel's biggest new drama for more than a decade reaching over 10 million viewers. Other home grown hits including Birdsong, Appropriate Adult, The Hour, Downton Abbey and This is England ’88 have excited viewers and critics alike.

UK Drama is in excellent shape – but where to innovate and what will 2012/13 bring? International dramas Wallander, The Killing, Borgen and Homeland have all made a splash – is there anything UK producers can learn from their appeal? The much-praised 32 Brinkburn Street and The Indian Doctor were produced on a daytime budget – what are commissioners looking for in this new territory?

In this breakfast session, drama commissioners from the major broadcasters talk shop, using their expertise to tell us where they think the future of drama lies. They will lay out a vision for each of their respective channels; share a commissioning shopping-list; and offer hints and tips on what does and doesn’t work for them and their audience. They will also each offer an exclusive insight into their own dramatic sensibilities, by showing us a scene from their favourite drama of all time.

This strand gathers together key commissioners across each of the major channels and engages them in a discussion about the future direction of their genre. Driven by an expert host, it’s a chance for individuals and indies to find out what they should be making for each channel and why. Ticket-holders will also have the chance to quiz commissioners on what matters to them, in a quick-fire Q and A session. Join us, as we unpick a genre, identify the opportunities and explore its possibilities, all before the working day starts.

Having produced documentary films including The Battle of Orgreave directed by Mike Figgis, Sophie set up her own company to make Eureka Street, an award-winning 4-part drama for BBC Two. Freelance drama producing followed including a stint as maternity cover in the drama department at Channel 4. She went on to create and executive produce Sinbad for Impossible Pictures/Sky before returning to Channel 4 where she is working on singles, series and serials.

Laura worked at the BBC as a script editor, producer and executive producer on a variety of programmes including “Making Out” and “Casualty before leaving in 1997 to join LWT. Laura returned as BBC Head of Drama Serials in 2001, where she oversaw a diverse output including Auf Wiedersehen Pet, Cutting It, State of Play, The Line of Beauty, and Bleak House. In April 2006, she joined ITV as Controller of Drama Commissioning becoming Director of Drama in May 2007. Her commissions include Kingdom, Primeval, Whitechapel and Downton Abbey. More recently Laura commissioned Scott and Bailey, Vera and The Jury.

Anne was appointed Head of Drama, Sky in May 2011, and took up her role overseeing drama commissioning for Sky's enlarged portfolio of channels in August 2011. Anne’s brief is wide ranging from huge, populist dramas like Strike Back and Sinbad on Sky 1 HD to Playhouse Presents on Sky Arts HD; and from Bedlam on Sky Living HD to Paul Abbott’s Hit & Miss on Sky Atlantic HD. Formerly Head of Drama, BBC Scotland and Head of Independent Drama, BBC, Anne's executive producer credits for the BBC include the Emmy-nominated Wallander, Waterloo Road, Bodies and Life Is Not All Ha Ha Hee Hee.

After studying Drama at Manchester University, Ben worked at Granada Television, Yorkshire Television, LWT, Channel 4, Tiger Aspect and Shed productions before moving to the BBC in 2005. Ben was appointed Controller of Drama Commissioning in September 2008 and is responsible for the re-emergence of drama on BBC Two with a range of truly original pieces including The Shadow Line, United, Eric and Ernie, The Crimson Petal and the White and The Hour. Other recent commissions include Birdsong, Call the Midwife, Great Expectations, Silk, Sherlock and Upstairs Downstairs.'

We saw clips of each channel's output and listened attentively as each speaker expounded on what they were looking for and how we, as writers and producers mainly, could go about approaching them.
What seemed key was the necessity of having an agent or at the very least links to a production company. No speaker wanted to exclude any genre, they are all looking for quality writing and ideas first and foremost. Although they all had shows in production up to the end of 2013, they were all on the lookout for fresh content going on into 2014/15.

I shall now attempt to decipher my notes. Do bear with me...

Ben Stephenson said athat as a publicly-owned institution, there was a duty for the BBC to present a broad range of content and that all audiences were equal. He wanted as many different 'iterations' as were possible. He was not committed to any one genre over another as it was sometimes very hard to predict what would take off with audiences. On the whole, productions for BBC2 took longer to mature. Non-genre drama is the hardest and the mid-week schedule the most difficult slot to fill. He wanted to make the midweek more impactful but without the need for 'epic' content. He was after the must-watch factor.

BBC2 wanted series, serials and single form drama and was looking specifically for drama with an angle on the world. Rather more left-field.
He then spoke about how to approach them. If you have an agent and have links with a production company then email kate.harood 'at' bbc.co.uk or approach via indy companies or the regional offices. They don't mind how a script is pitched be it treatment, 1-pager or outline (whatever serves your idea best). It could even be verbally. But not the script itself as more development might be needed.

Laura Mackie of ITV said that despite the great success of Downton Abbey, ITV were definitely not closed to more period content. For example they have new production 'Selfridge' about Gordon Selfridge, the founder of the eponymous store, later this year. That said, period is expensive and therefore they would look for co-production financing. They are actively looking for epic ideas after the popularity of Homeland and The Bridge. Big-scale productions with high production values as a more sophisticated audience turns away from from low production values. Audiences very receptive to USA shows where budgets are bigger. Then again, it was hard to predict how audiences would be turned off from thhe Titanic TV series.

There was much discussion of the Scandi/Nordi influence, Game of Thrones, Homeland etc shows, as having more room to tell stories. Though longer runs did not necessarily mean better stories They can be prone to sagging in the middle. Many offered fresh contemporary takes on the world though, BS was keen to stress that as British TV, we should be in the business of sticking to 'Britishness' in terms of subject matter. There was a demand for this content from around the world.

Anne Mensah of Sky stated that acquisition was closely allied to commissioning for them, which tended to give Sky an international perspective though she pointed out that Shameless and Skins were proving grounds for new writers. As is the 'Coming Up' scheme. She reiterated what Ben Stephenson said: No meetings without an agent or a production company. If you dopn't yet have links with a production cpmpany then find one. C4 has a strong tradition of gritty social commentary. SKY has a deal with HBO and was keen to see more American-style shows. Sky had £600 million to invest in new talent.

In terms of pitching ideas and projects there is no in-house team, you definitely need an agent and a production company. Sky Atlantic was where the biggest talent lay; It was the most fun, the best and all about series, ideally between 4 and 13 episodes. Sky movies were looking for family films and had no remit to be deliberately miserable. Nor should there be 'broccoli TV' as in it's good for you even if you don't like it!

A question from the floor about daytime TV and its relative invisibility prompted discussion of watershed TV, with 9 or 10 o'clock being the preferred slot for adult drama.

Another questioner wanted to know if a script came with a 'name' attached, would it be viewed more favourably? The general consensus was that it could be more of a hindrance as no TV company wanted to be trapped into a commitment to a particular name though a protagonist-heavy piece might benefit from particualar talent being attached, but it was pointed out that audiences love finding new talent! There was further talk about the embracing of new technology such as 3D, which all the channels liked but felt should not take precedence over good storytelling.

There was a question from Gabrielle Drake (yes, THE Gabrielle Drake) about whether new projects were being sought despite slates already in development, and also if investment from foreign co-producers was looked upon favourably. The answers were yes to new ideas but only a cautious yes to foreign investment, providing there was a match in intention. Also, it should still feel British.

There was discussion about the different ways that audiences viewed content (VOD, boxed-sets) also about the power of Twitter and Facebook to spread the word. It all helps to make drama a live happening event brecause people dicuss it on sociual media and keep it all current.


Phew, what an epic! But all good informative stuff. I shall go next year.

Amazingly useful - thanks so much, Elinor!

Thanks for stopping by, all! You're very welcome.