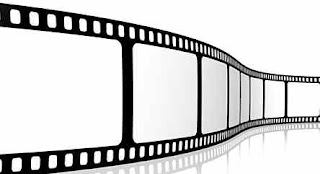 I've been to Thailand!

Amongst many other activities - visiting temples, riding elephants, buying far too much brash jewellery, hanging out on the Mekong river, I could go on but I won't... I also watched loads of films over there. DVDs mainly, but also the latest releases in very plush cinemas atop sprawling shopping complexes that would make JG Ballard weep if he could see them. I was at a bodybuilding contest in one where spectators could watch from the floors above as well. All very theatrical...

So without further ado, I shall enumerate and grade the films I watched in no particular order. Eagle-eyed members of the congregation will not a Denzel Washington/gangster theme going on.

✞ = 'COULD BARELY RESTRAIN MYSELF FROM THROWING SOMETHING AT THE SCREEN'
✞✞ = 'MADE IT THROUGH TO THE THIRD ACT BUT IT WAS A CLOSE THING'
✞✞✞ = 'NOT GOOD AS A WHOLE BUT WATCHABLE FOR SOME REASON'
✞✞✞✞ = 'PRETTY GOOD BUT HAD A FLAW'
✞✞✞✞✞ = 'CANCEL EVENSONG, WOULD WATCH AGAIN'

TRAINING DAY ✞✞✞✞ I like DW as a baddie! Though Ethan Hawke kicking arse didn't convince - he's too scrawny!
11:14 ✞✞✞✞ I'd never heard of this but its Pulp Fiction style with narrative kept me intrigued.
GOODFELLAS ✞✞✞ Too much voiceover for this film fan.

THE BOOK OF ELI ✞✞ DW too saintly in this one.
MAN OF STEEL ✞✞✞ Agreeably dark.
FLIGHT ✞✞✞✞ A bit long and heavy on the schmaltz at the end but DW at his flawed best.

THE TAKING OF PELHAM 1 2 3 ✞✞✞✞ See above.
BEYOND THE SEA ✞ Gah!
DRIVE ✞✞✞✞✞ I love Nicolas Winding Refn! His next film, ONLY GOD FORGIVES is set in Bangkok. I'm all agog...

THE GREAT GATSBY ✞✞✞ Worth seeing for the setpieces but I found it hard to care about the love story. Fab frocks though...
TAKE SHELTER ✞✞✞✞✞ A barnstorming turn from Michael Shannon made this a gripping tale.
THE DEPARTED ✞✞✞✞ Everyone goes on about Jack Nicholson but I thought Mark Wahlberg stole the show.

THE MASTER ✞✞✞✞✞ I actually liked Joaquin Phoenix's gurning.
STAR TREK: INTO DARKNESS ✞✞✞ I think I liked this, but can remember almost nothing about it.
HYDE PARK ON THE HUDSON ✞ It might have Bill Murray in it, but I thought he came across as sinister.

ZERO DARK THIRTY ✞✞✞✞ Jessica Chastain does bleak and Katryn Bigelow turns out NOT to be torture's handmaiden.
STATEN ISLAND ✞✞✞✞ Quirky but bizarre.
NIXON ✞✞✞✞ Fantastic docudrama or is it dramadoc? Gripping.

IRIS ✞✞✞✞ Well-acted and unsparing towards its subject matter.
FRIDA ✞✞✞ Let down by a schmaltzy ending that belied the difficult and fascinationg nature of the artist.
COCO BEFORE CHANEL ✞✞✞✞ A million miles from Amelie, thank goodness.

MYSTERIOUS SKIN ✞✞✞✞✞ Outstanding protrayal of child abuse and its effects.
SHINE ✞✞✞✞ A warning to all parents.
CLOUD ATLAS ✞✞✞ Too long but cleverly done.

THE CHERNOBYL DIARIES ✞✞ I couldn't wait for them all to die.
DEFIANCE ✞✞✞ I was interested in how they regulated the 'no children' rule and exactly what pressure the women were under to be 'forest wives', but that would have been a different film...