REVIEW: Those Who Walk Away by Patricia Highsmith

I've been a long-time fan of Highsmith's Ripley books. So when Lucy Hay spotted Those Who Walk Away in a Tiverton charity shop, I couldn't resist.

I've always loved Highsmith's forensic way with her prose. She gets right into the heads of her flawed characters, but, bizarrely, eschews judgment in favour of examination of their motives. That was true of Ripley and it's true of her protagonists in this book. Ray Garrett's young wife Peggy kills herself. Her father Ed Coleman holds his son-in-law very much to blame. The two men seem bound by mutual loathing as they hunt or avoid each other through the streets and canals of Venice, inevitably drawing the people around them into the drama.

Each man throws himself upon the mercy of strangers in the story, as much to escape themselves as each other, yet each man must interrogate himself as to his involvement in Peggy's sad end. Had they failed her in some way? Ed by his lack of involvement in her life, or Ray, by failing to meet his wife's needs. Venice is the perfect backdrop for the story, coming to represent the labyrinthine twists and evasions in Ray and Ed's minds, as well as the ideal place to hide from your enemy in its claustrophobic streets and waterways. These men are deeply flawed but there are no easy classifications of villain and hero here. It's not difficult to identify with their desire to leave lives that have gone so hideously wrong in the wake of a shocking act of self-destruction. 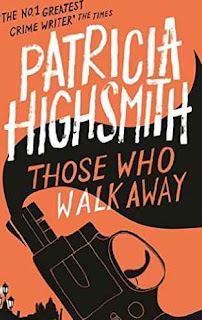