Review: How NOT To Write Female Characters by Lucy V. Hay 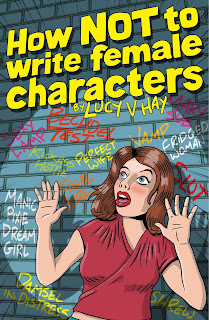 Female characters. When fifty per cent of your potential target audience is female, if you’re not writing them in your screenplay or novel? You’re making a BIG mistake!

But how should you approach your female characters? That’s the million-dollar question … After all, women in real life are complex, varied and flawed. Knowing where to start in creating three dimensional female characters for your story is extremely difficult.

So … perhaps it’s easier to figure out how NOT to write female characters?

Script editor, novelist and owner of the UK’s top screenwriting blog www.bang2write.com, Lucy V Hay has spent the last fifteen years reading the slush pile. She has learned to spot the patterns, pitfalls and general mistakes writers make when writing female characters – and why.

In How Not To Write Female Characters, Lucy outlines:

Lucy is on a mission to improve your writing, as well as enable diverse voices and characters to rise to the top of the spec pile.

'Delivers the stirring call to arms that writers must not only write, but take their work to the next level themselves, making sacrifices and taking risks if they want to see their stories on screen.'
- Chris Jones, Filmmaker, Screenwriter & Creative Director at the London Screenwriters Festival

‘Writing and Selling Thriller Screenplays is a must-read for any writer, producer or director looking to create (or in the process of creating) a thriller production. It could also be immensely useful for those generally curious about the genre or looking to learn more.’ - Film Doctor

‘Lucy V Hay explains what a script reader and editor's role in filmmaking, tells you to work on your concepts and that dialogue is the last thing to work on in her new book.’ - Brit Flicks

Author Bio –
Lucy V. Hay is an author, script editor and blogger who helps writers via her Bang2write consultancy. Lucy is the producer of two Brit Thrillers, DEVIATION (2012) and ASSASSIN (2015), as well as the script editor and advisor on numerous other features and shorts. Lucy's also the author of WRITING AND SELLING THRILLER SCREENPLAYS for Kamera Books' "Creative Essentials" range, as well as its follow ups on DRAMA SCREENPLAYS and DIVERSE CHARACTERS. 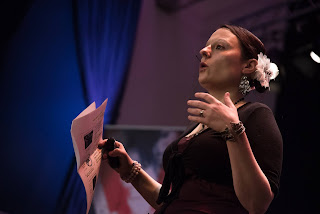 Check out her site here: Bang2Write

Let me declare an interest here – Lucy is an old and dear friend, so it is my absolute pleasure to champion her no-nonsense approach to the delicate art of how NOT to write female characters. This book is perfect for the writer (of any gender) who, like me, is tired of the same-old, same-old characterisation when it comes to females in film - or even their marked absence. You know how it goes: the men get all the action while the women, more often than not, sit by the phone and wait for news of husbands/sons/lovers/brothers etc. YAWN.

As shows like Killing Eve and Fleabag show, there is a hunger from EVERYONE to see interesting and diverse female characters on screen. The key, as Lucy so rightly says, is COMPLEXITY. Forget the Bechdel Test, it’s the Mako Mori test we want to be embracing in our watching and our writing from now on.

The odd thing is that the way women are described in film is almost unconscious – inevitably they’re ‘beautiful’, but most female actors are, so why bother mentioning it unless you’re going to do the same for the male actors? You can see some real howlers on the internet: ‘sexy but doesn’t know it’, for example.

The book is well-paced and practical – with a refreshing lack of jargon and over-intellectualising. It’s also very well contextualised, taking in femcrit and the resistance to the idea of diversity in female characters. It not only highlights the pitfalls of clichéd female characterisation but also gives the writer plenty of fresh new ways to look at the way they write and come up with exciting different characters that everyone wants to watch. Lucy’s famous for smack talk about structure. I have a feeling she’s going to ruffle a few feathers with how not to write about female characters as well, and a good thing too.