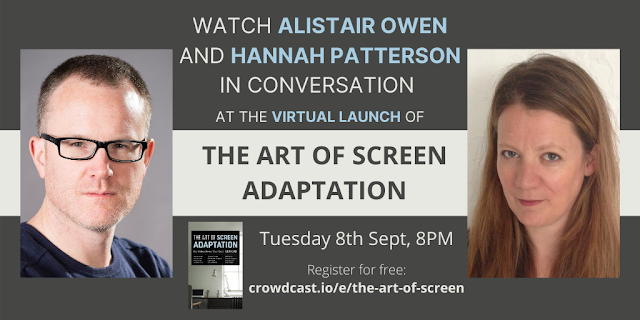 Alistair Owen will be in conversation with Hannah Patterson at the virtual launch of The Art of Screen Adaptation on 8th Sepetember.

How exactly do you transfer a story from the page to the screen?
Do adaptations use the same creative gears as original screenplays?

Alistair Owen puts these questions to the top names in screenwriting, including Hossein
Amini (Drive), Jeremy Brock (The Last King of Scotland), Moira Buffini (Jane Eyre), Lucinda
Coxon (The Danish Girl), Andrew Davies (War & Peace), Christopher Hampton (Atonement), David Hare (The Hours), Olivia Hetreed (Girl with a Pearl Earring), Nick Hornby (An Education), Deborah Moggach (Pride & Prejudice), David Nicholls (Patrick Melrose) and Sarah Phelps (And Then There Were None). Exploring fiction and nonfiction projects, contemporary and classic books, films and TV series, The Art of Screen Adaptation reveals the challenges and pleasures of reimagining stories for cinema and television, and provides a frank and fascinating masterclass with the writers who have done it – and have the awards and acclaim to show for it.

I think one of the principal pleasures of this book is the feeling that the writers are telling it like it is. They don't shy away from the difficulties of adaptation and accept that you're never going to please everyone - but also that the writer shouldn't allow that to stop them. Nor are they afraid to acknowledge the absurdities and pitfalls that bedevil the film and TV industries. The art of collaboration is after all, precisely that, an art.

There were films here that I'd seen and films that I hadn't but reading this book made me want to re-watch some and discover others. It was fascinating to me that most writers said they didn't write treatments or outlines! Which I guess is the difference between the advanced storyteller and those of us newer to the profession. We should all aspire to that clarity of vision. It was also interesting to see how classics like Great Expectations and Jane Eyre were reimagined for this generation and the fearlessness of writers in stamping their own voices on the screenplays. I particularly loved Sarah Phelps' approach in this regard.

Alistair Owen has done writers a huge service with this book. He has uncovered a commonality of experience amongst experts in the field that will hopefully serve as a blueprint for those of us contemplating adaptations as part of our portfolios. Congratulations to Creative Essentials and Oldcastle for another pertinent book on writing that is refreshingly free of jargon. This is highly accessible to writers at all stages of their careers.

Alistair Owen is the author of Smoking in Bed: Conversations with Bruce Robinson (one of David
Hare’s Books of the Year in the Guardian), Story and Character: Interviews with British
Screenwriters and Hampton on Hampton (one of Craig Raine’s Books of the Year in the Observer). He
has chaired Q&A events at the Hay Festival, Edinburgh International Book Festival and London
Screenwriters’ Festival, and his platform with Christopher Hampton in the Lyttelton Theatre to
celebrate Faber’s 75th anniversary was published in Faber Playwrights at the National
Theatre. Alistair has written original and adapted screenplays, on spec and to commission;
contributed film reviews to Time Out and film book reviews to the Independent on Sunday; and
recently completed his first novel, The Vetting Officer. His next nonfiction project is a book of
conversations with novelist, screenwriter, playwright and director William Boyd, for Penguin.

mark4685 said…
Can I call the cash app customer service number to resolve my query?
Cash app is providing multiple customer support facilities for the benefits of the users. Now they don’t have to wait for long to talk with an expert and get rid of their issue. you can dial the helpline number given on the website to contact cash app customer service. Our dexterous team has immense experience in handling customer queries. They make sure to give a reliable solution to the users. https://www.cash-appcustomer-service.com/

mark4685 said…
What are the different methods to contact cash app customer service?
You can easily contact the cash app customer service team through email, call, or a live chat. Apart from this users can visit the frequently asked questions to get rid of their issue quickly. People choose this method when they are not able to contact the customer support team through call or email. You will get answers to most of your queries in the FAQs section. https://www.cash-appcustomer-service.com/ 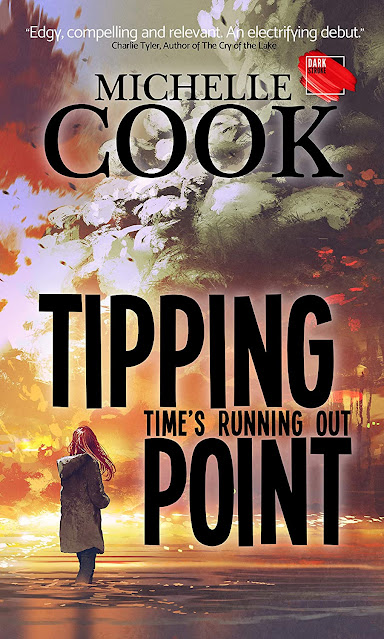